World has come to an end. The Mist swallowed nearly the %90 of the population. No one knows exactly what happened. You’re the leader of the last known surviving humans and they have needs that needs your attention to survive.

There are 4 resources that you have to manage. If one of them is depleted you basically get exiled from your community.

Each day you pay upkeep of resources for each followers. And also each follower has a unique resource skill that produces more of the indicated resource.Tips & Tricks

Things that we wished to integrate but left for further iterations.

WebGL build doesnt work any more - bluescreens and console log is full of errors from Unity.

I can't go more than 4 days bc I can't get food! Even if i get a task with a lot of food, it doesn't complete in time!

Is there some glitch that when the bars max, they don't go back down?

I haven't done any religion for 50+ days, and I started rejecting every mission from 150 onwards and no change

Is there an end?

I liked this little game, you really made most of every pixel.
The music truly fits and supports the game.
And the men at work cameo made me lmao ^^
Good work.
Btw I survived 18 days. Should stop saying yes to everything... Sucks. Btw btw pianoimpromans performance was awesome! ^^

Some of those dialogue options either A: don't make much sense or B: aren't English expressions.

As an example of A, in "Ther is no order!" (There), the dialogue states "We trusted you sire!" The problem is that its name and description appear to indicate a bad event, but in reality, it's an event that gives you 5 Order after 1 day if you say Yea and which you can say Nay just like any other at the same cost of -5 Order. It's also a random event; I've had it trigger several times even with Order above the maximum bar, which doesn't really fit the event's description.

As is, it all just becomes kind of repetitively meaningless after the early game: all your bars are maxed out beyond what you can see, and you just have to keep choosing the long-term events that give you the most to continue increasing the only resource that's left for you to manage: how many days you've played this run.

How does this even work? I've failed about 5 times and still have no idea what I'm doing. 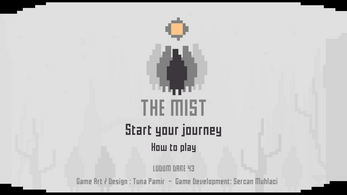 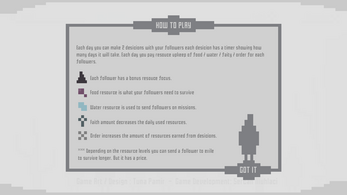 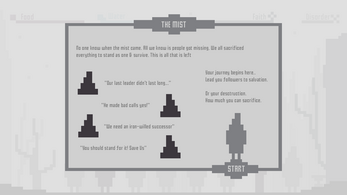 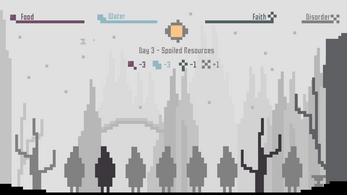